A brief history of Reiki 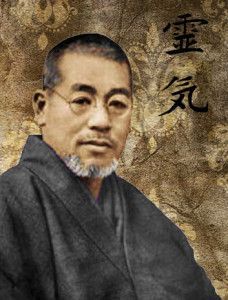 Reiki is the most ancient healing method known to mankind, understood to have been a part of everyone who wished for it in the earliest civilisations. It is speculated that it became lost following the natural destruction of Mu and Atlantis, then was rediscovered in the mid 1800’s by a Japanese scholar and philosopher called Dr. Mikao Usui.

Questioning their religious beliefs, Dr. Usui’s students challenged him to perform a miracle similar to those detailed in the bible. Accepting the fact that he could not do so but not wanting his students to lose their faith, Dr. Usui went on a quest in search of the healing method once used by all the great ancient healers such as Christ and Buddha. His intention was to bring this method back to his students as proof that healing miracles can happen.

Dr. Usui travelled to America where he studied the sacred writings from all the great world religions. Returning to Kyoto, Japan, 7 years later, he began studying Buddhism while living in a monastery with Zen monks, later becoming one himself. To assist him with translation Dr. Usui learnt Chinese and then Sanskrit.

Having discovered the healing symbols during his research Dr. Usui now needed to find out how to activate and use them. He decided to meditate, pray and fast on a sacred mountainside for twenty one days, believing he would be spiritually shown the answers to his questions. On the final morning of his quest Dr. Usui did indeed receive the answers he was seeking. He was struck in his third eye by an incredible white light from the dawn sky, losing consciousness for some time. Upon awakening, his vision was covered with beautiful rainbow coloured bubbles along with the symbols of Reiki. He also now knew their meaning and how to activate them.

Happy he had accomplished his mission, he returned to Kyoto where he set about testing his newly acquired skills in healing people he came into contact with. Dr. Usui was now certain he had unearthed the great healing method he named as Reiki.

It is thought Dr. Usui went on to teach and attune approximately seventeen Reiki Masters before his death in 1930. One of whom was his successor and Grand Master, Chujiro Hayashi, a retired Naval Officer. Mr. Hayashi opened several healing clinics. At one such clinic, a lady called Mrs. Hawayo Takata, a Hawaiian woman of Japanese descent and in very poor health, came for healing. Within four months of living at the clinic, where she received daily Reiki treatments, she was healed.

Her experience led her to become a student, a Reiki Master and eventually Grand Master upon Chujiro Hayashi’s death in 1941. We have Mrs. Hawayo Takata to thank for bringing Reiki to the West.

Today Reiki is practiced worldwide, is suitable for all faiths and none. Reiki is increasing in popularity as more and more people seek a holistic approach to their health.

*There are several versions of this story and we may never know the true facts.